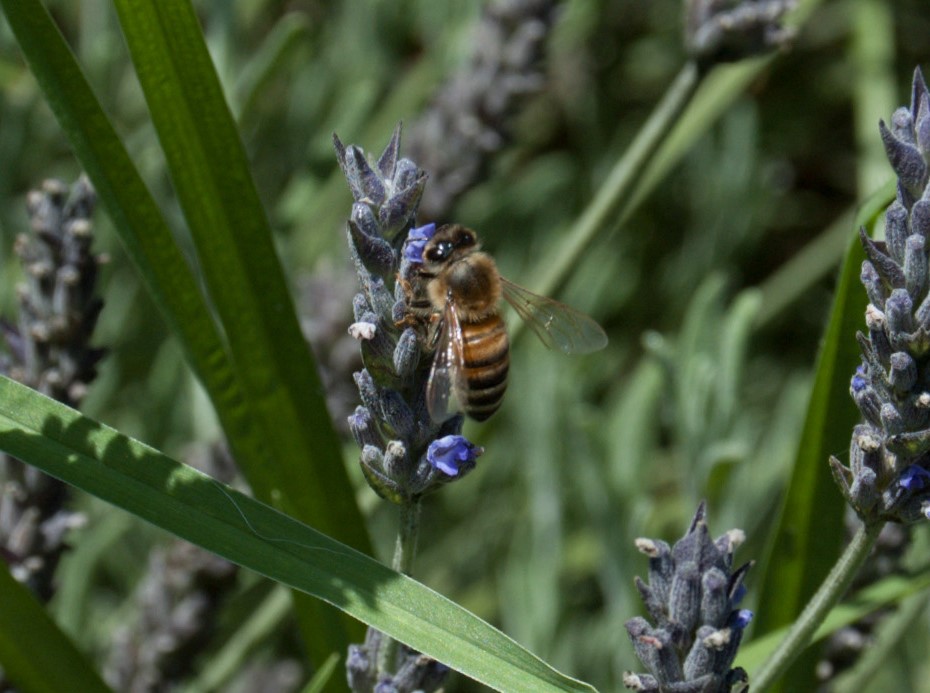 Native Chilean bee in my garden

People often ask me why they should pay more for a bottle of wine. I understand their point; we all have a limited budget that we need to cover all of life’s necessities and hopefully a few little extras, like wine. And if your tipple of choice is a highly affordable Shiraz from South Australia, Zinfandel from California or Cabernet Sauvignon from Chile’s Central Valley which is consistently on sale at your local supermarket, what’s wrong with that?

Nothing of course, but it is worth knowing that to be able to put a product on the shelves of hundreds of supermarkets at a retail price of say £5 or £6 in the UK (where the first £2 or so goes in tax) or 3,000 pesos in Chile, the producer has to have a very large-scale operation so as to achieve extremely low costs. Why does this matter?

Scientific research points to a dramatic decline in insects worldwide – one report quoted widely in the press, such as this article in the Guardian, estimates that in a 27-year period the number of insects in protected areas declined by 75% and it may be even higher in non-protected areas. Another widely report (as in this article published by the BBC) indicates that “40% of species are undergoing dramatic rates of decline“.

The reasons for this decline are most likely:

Why does it matter?

But why should we care about the loss of insects? Well, some of them, like bees, are needed to pollinate fruit, such as grapes. And we’ve all heard the alarming reports about the worldwide decline in bees – here is just one article on the subject. Other insects perform lowly but essential roles, like processing manure. And some are an essential part of the food chain – small bugs are eaten by larger bugs, which are eaten by birds, for instance. If the small bugs disappear, the larger bugs that eat them and the birds that eat them can also die out.

Meanwhile, those insects that really love eating certain kinds of plants, such as vines, are doing really well, because in a world of huge farms growing just that one kind of plant, they can easily zone in on great expanses of their favourite crop and feed and reproduce to their heart’s content and, because little else thrives in a monoculture, there may not be a predator around to interrupt them. Also, as the BBC report highlighted,

“Fast-breeding pest insects will probably thrive because of the warmer conditions, because many of their natural enemies, which breed more slowly, will disappear.”

What’s the link between the production of (budget) wine and bugs dying?

So to go back to our large-scale wineries. Many of them have miles of beautiful, orderly rows of vineyards, stretching as far as the eye can see, all the vines uniformly trained along trellis and all carefully linked to a drip watering system. When you see mile after mile of uninterrupted vineyards (or indeed mile after mile of any crop – wheat, rapeseed, cotton, soya), you can be sure that they have very low biodiversity, especially if they are very neat and tidy, without a single weed or flower between the rows and no trees in sight. That’s because there is no habitat there for the majority of bugs and birds – other than those that like to feed on that particular crop, in this case vines.

If those vineyards are growing grapes for low-price wines, they need to get the maximum amount of grapes out of those vines for the lowest possible cost. So that means using fertilizers and water to make sure they get a lot of big, juicy grapes. And to keep labour costs down, they will mechanize whatever they can.  The Australians are said to have got this down to a fine art, but you can find this sort of operation in Argentina, Chile, California, Spain and elsewhere. The distance between the rows of vines is just enough for the machinery to pass through. The drip irrigation systems are often controlled centrally. All they need is a couple of people driving very sophisticated machines along the rows at different times of the year to mechanically plough the soil, prune the excess growth, spray with chemicals and harvest the grapes.

Trellising vines, drip irrigation and the use of machinery in vineyards aren’t bad things – please don’t misunderstand me. Trellising ensures the grapes are positioned well for ripening and they can be manually or mechanically managed. Drip irrigation is a water-efficient way of irrigating vines. Mechanization – particularly in areas where there is a shortage of people willing to pick fruit or where labour costs are very high – can sometimes be the only sensible solution. It’s a highly efficient way of managing vines and, in the case of harvesting, means the grapes are picked and processed faster, which makes them less likely to oxidize or start to ferment before getting to the winery.

However, a very large vineyard is easy for marauding pests to find, presenting a lovely big juicy target for moths, wasps, tiny spiders, sharpshooters and a host of other nasty bugs to come and feed. And, whereas the owner or the viticulturist at a small-scale winery probably walks along his/her vines regularly and is therefore likely to be able to detect and deal with a problem early, those people driving up and down on their tractors all day long may not notice the problem until it has grown to major proportions. What some wineries therefore do is preventive spraying to make sure no problems arise.  After all, if they have contracts with a large supermarket chain to deliver a certain amount of wine at a certain price point and they fail to deliver, they can be subject to major penalty clauses.

And where the vineyards are uninterrupted by any other vegetation and are managed with lots of agrochemicals, they are contributing towards the decline in insect life and other species.

We need to remember too that the biodiversity isn’t all above ground – there is a lot going on in the soil beneath our feet – or at least there is in healthy soil. The state of the soil is a hot issue for many people in wine, who argue that healthy soil should be teeming with life (such as worms which help aerate the soil, and microorganisms that process waste and produce hummus). Compaction by heavy machinery and sustained use of chemicals can make the soil an unfriendly or even toxic place for these creatures.

There are wineries of all sizes that are concerned about these issues and who take measures to mitigate their impact, for instance by installing wildlife corridors or leaving some parts of the vineyard with native vegetation. Some even use animals in preference to machinery in the vineyards – hens and other birds scratch around for pests, alpacas or sheep munch on weeds, horses are used for heavier jobs like ploughing and all of them contribute manure, which can be rotted down and used to add fertility to the soil.

Some wineries have joined voluntary sustainability schemes where they pledge to be careful in their use of chemicals, recycle waste and water and use a range of techniques to increase biodiversity, such as encouraging weeds to grow between the rows of vines.

Other wineries have gone a step further and become certified organic or biodynamic. What this gives you, as a consumer, is a much clearer idea of exactly what standards have been used to make that bottle of wine, because to be labelled as “organic”, “biodynamic” or “made with organic grapes”, the winery has to prove to an independent body that they have followed a specific set of rules.

So what does it mean for a wine to be labelled organic or biodynamic? This is complex and could be an article in itself. To put it briefly, organic producers need to have a plan that limits their use of artificial fertilizers, herbicides and pesticides and looks for other ways to encourage plant health, while taking care of the environment. One of the world’s major certifying bodies for organic produce, the Soil Association states:

“Organic wine is as natural as possible, made using organically grown grapes or other fruit from a vineyard or farm that supports biodiversity and enhances soil health. (…) Organic wine makers use the minimum amount of additives and processing aids required to produce an optimum quality wine.”

Here are some of the EU rules for organic production: https://ec.europa.eu/info/food-farming-fisheries/farming/organic-farming/organic-production-and-products_en#organicproductionrules

Biodynamic wine producers have to meet the standards for organic production and then have a whole heap of additional rules. The following quote comes from a very informative page by Demeter, the certifying body for biodynamic production.

“In practice, Biodynamic farming meets the organic standard including the prohibition of chemical fertilizers, pesticides, herbicides and fungicides, but goes much further. The integration of animals and animal feeds, perennial plants, flowers and trees, water features, and composting is emphasized. Dependence on imported materials for fertility and pest control is reduced. Water conservation is considered. Farms are required to maintain at least 10% of total acreage as a biodiversity set-aside.”

The bottom line is this: we are living in a world that is changing fast, with climate change and large scale extinctions, including insects and nobody is quite sure what the impact of all this is going to be, but it is likely to be considerable. Organic and biodynamic wines cost more than the most economical wines in the supermarket because there is more manual labour involved in their process (manual weeding, natural pest control) and the amount of grapes produced from each hectare is lower (especially where land is set aside for wildlife).  What is more, even large organic producers like Emiliana in Chile have not reached the scale of the real giants of the viticultural world and so they cannot leverage the same economies of scale. So if you want to buy this type of wine, it is going to cost a bit more.

Each of us makes our own purchasing decisions based on what we feel is important and what we can afford. My suggestion is that you just take a moment to check out the products before you buy by looking at the producer’s website so you can make an informed decision. Organic, biodynamic or otherwise, if a winery is taking steps to encourage biodiversity or to be careful with the environment, they will say so. 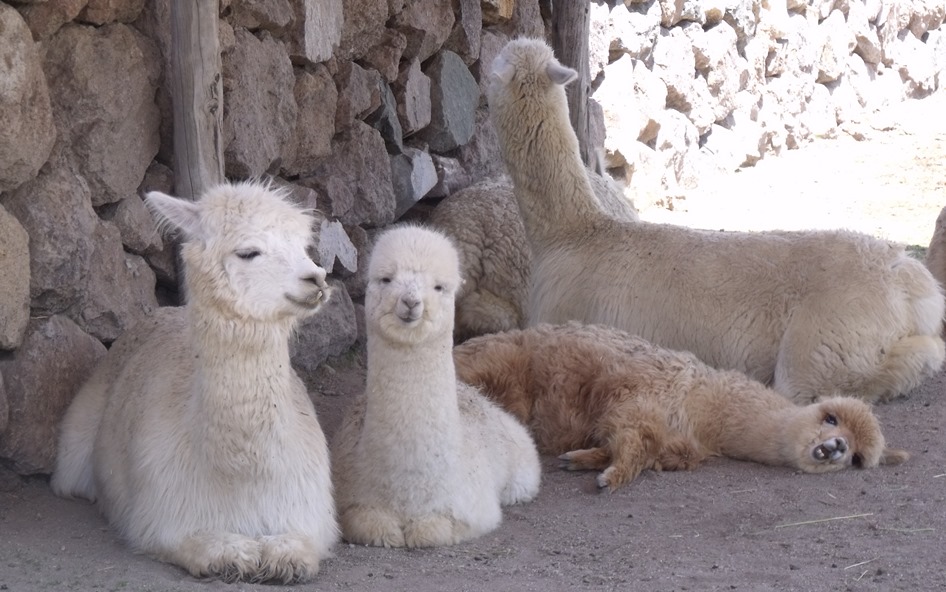 Alpacas at Emiliana, who help keep weeds down without compacting the soil

BBC article on insect decline and the growth in pests

The Guardian on insect decline

US Environmental Agency on bee decline and why it is happening

Really cool article about bees and their contribution to pollinating food.