Trip to Maule with 80 Harvests 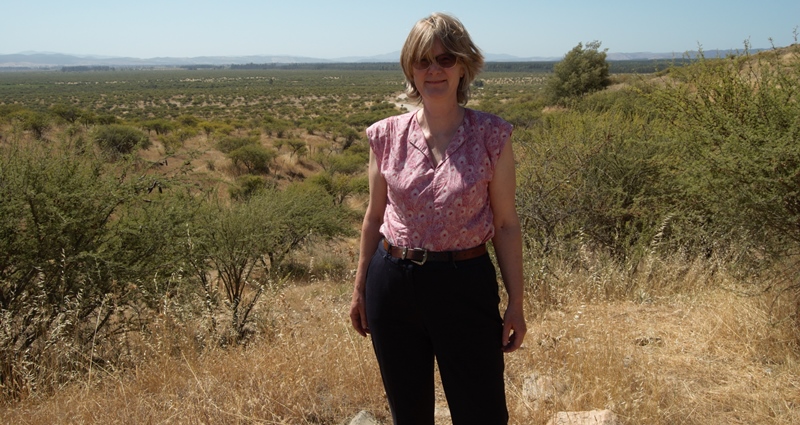 Our  trip to Maule had as much to do with tradition, people and sustainability as it did with wine. So it’s fitting that our first stop on the way there was at Miguel Torres Chile, a winery that champions Fair Trade and sustainable winemaking, where technical director Fernando Almeda was able to give us his take on organic viticulture and the need to pay grape producers a fair rate for their grapes. It was the start of a three-day trip to Maule by Amanda Barnes’ Around the World in 80 Harvests project to find out about the Vigno project to rescue traditionally farmed old vineyards there. As the 80 Harvests’ editor and occasional contributor, I was delighted to be invited along too.

And so, as we fortified ourselves over a superb lunch and winetasting in Miguel Torres’ restaurant, Fernando gave us some first insights into Maule, one of Chile’s oldest and most traditional wine regions, and the Vigno project. Then we piled into his car and headed south into the dry landscapes of Maule for the first of many vineyard visits: Miguel Torres’ vineyard in Huerta de Maule (shown in the photo below).

Our journey was into the area known as Maule Secano (dry Maule), where there are still many small family-owned and run vineyards that continue to grow the varieties of vines that were planted there long ago, using traditional techniques. The vines are trained in a free-standing bush shape and have no irrigation other than the rain that comes in winter. These vines – mainly País (the variety brought by the Jesuit priests to countries across the Americas and known by a different name in each country), Carignan and Moscatel – are tough and able to withstand the heat and drought that other varieties cannot and so are well-suited to this arid land where water is scarce and summer temperatures can easily reach 37°C.

Over the three days we visited several different vineyards in the company of different winemakers and were struck by how peaceful they all were. There is little mechanisation here – much of the land is still worked by horses – and the landscape is a far cry from the neat rows of vines trained along wires that you find in many of Chile’s wine regions.

The bush-trained vines and gentle farming techniques mean that there is space here too for wild flowers and animals – check out the photo below of a nest of quail’s eggs we found hidden in the shade of one vine.

On our second day, we explored vineyards in the Truquilemu, Sauzal and Melozal areas with De Martino winemaker Eduardo Jordán  and doctorate student Gastón Gutierrez, who has been involved in a Universidad de Talca project to map the different terroirs of old-vine Carignan in this area.

Eduardo explained that the traditional grape varieties planted in this area fell out of favour some decades ago, as the big wineries further north began to focus their efforts on producing internationally popular varieties like Cabernet Sauvignon.  This left the Maulino grape producers with a problem: what to do with grapes that the wineries would only buy at such low prices, the producers couldn’t make ends meet? “Rip them out”, you might suggest, “plant something else”, but actually the only crops that really cope there are these tough old vines and olives.

Some families have struggled on anyway, some have indeed ripped out their vines and taken government subsidies to plant eucalyptus and pine trees for the cellulose industry and others have simply had to abandon their land and go and find work in the city to support their families. By the start of the new Millennium, the prospects for Maule Secano really weren’t looking good.

A few wineries whose commercial acumen is accompanied by a social conscience began to look for innovative ways to use the much maligned grapes of this part of Chile to produce interesting wines, while also boosting the local economy and enabling growers to earn enough to live on. There are a number of interesting projects – Miguel Torres seems to be involved in all of them – but perhaps the most interesting of all has been the Vigno project.

Vigno came about after a couple of winemakers realised that the old Carignan vines could actually made some pretty decent wine and began to appreciate that the old, traditional ways of farming vines might have something to recommend them after all. They experimented with these concentrated grapes and the results were so interesting, more wineries joined in. But it took Andrés Sánchez of Gillmore to propose something radically new – an association of wineries under the joint banner of Vigno. To get the full picture about this fascinating project, check out these articles: What is VIGNO?  and VIGNO: Coming of Age.

We spent the third day in Cauquenes, in the southernmost part of the region with Odfjell winemaker Arnaud Hereu and viticulturist Sebastián Bustamante. Odfjell has a large vineyard in this area, which it is cultivating using biodynamic techniques. In addition to their plots of Carignan vines, they grafted international varieties such as Cabernet Sauvignon, Tannat and Merlot onto old País vines some 11 years ago and, now they are established, are gradually converting them back to dry-farming.

Throughout our stay, we experienced the warm hospitality of Daniella Gillmore and Andrés Sánchez at the Gillmore Winery, staying in their comfortable hotel and eating with the family. And on the last night, Don Francisco Gillmore, the founder of Gillmore, selected some very special wines from his cellar to share with us.

A very peaceful oasis of green, this site has a natural spring with waters that are thought to have curative powers. The spring feeds into a pond which is visited by a range of different animals and birds, including the ducks in the photo below, black-necked swans, and a Chilean ostrich known as ñandu.

Every evening during our trip to Maule, we tasted different Vigno wines, with vertical tastings introduced by the winemaker with whom we had spent that day. What was really notable during our visit is that each of the people we met was passionate about Maule, old-vine Carignan and Vigno and this transcended any rivalry that could have existed between competing wineries.

Together we opened and tasted wines from almost all the 16 Vigno producers (to read the tasting notes, check out this post). The winemakers discussed all the wines objectively without any bias in favour of their own wines. One of the things they all said they appreciated about Vigno is the chance to share knowledge and ideas and get feedback from their peers.

Given that Vigno is largely or wholly old-vine Carignan, the range of different wine styles is actually quite extraordinary and, if you can track them down, I do recommend giving them a try.

Beside a real appreciation of the Vigno wines, I came away from our trip to Maule with a sense of the warm hospitality of the people and of the gentle way of life, which is far more in harmony with nature and the world around it than that in many other places in the world. The old farming methods passed down from one generation to the next and for long viewed with scorn by modern viticulturists and winemakers have indeed passed the test of time.

More information about Gillmore Wines, or their Tabonko hotel.

For more information about Vigno, Carignan and the Maule wine region, check out these 80 Harvest articles:

Other posts about Carignan: