18 September – Chilean independence day – is one of the most important dates in the Chilean calendar. The national mood always lightens with the arrival of September and the first signs of spring – longer days, warmer weather and the gardens bursting into flower.  And so the people of Chile start stocking up on food and drink and bring out their barbecues from winter storage.

For several days everyone downs tools and celebrates with lots of food – particularly red meat – and drink. Cabernet Sauvignon is a firm favourite during this festive period and so, in a spirit of investigation, I recently took 5 budget Chilean Cabernet Sauvignon wines along to a barbecue and asked everyone there to rank the wines according to which went best with the food.

These were the results: 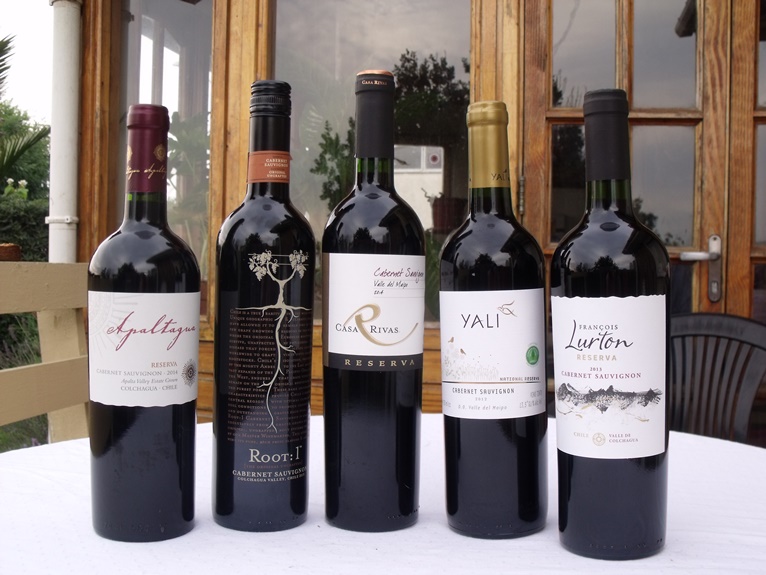 The nose had the clearest Cabernet Sauvignon expression of the five wines we tasted, with fresh blackcurrant aromas coming through first, ahead of a slightly sweet note that could indicate a little oak. Nice, fruity mouth with fairly pronounced acidity and ripe tannins, making this a nice, well-balanced, simple style of Cabernet Sauvignon.

To my mind, this wine was the most sophisticated of our tasting; with a complex, subtle nose in which it was possible to discern toffee, blackcurrant preserves and some spices from the oak.  Medium (+), quite grippy tannins and pleasantly fruity, medium-bodied wine that will pair well with a range of food.

Like the Casa Rivas, this is clearly a warm vintage with jammy fruit – particularly the characteristic blackcurrant aromas – and sweet spice on the nose. It also had a faint brett taint to its aroma but it was much less pronounced. Somewhat more expressive, with a nice, fruity mouth and ripe, smooth tannins. Good quality for the price.