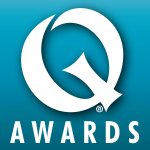 July saw the launch of the Chilean Quality Food and Drink Awards at the British Ambassador’s Residence in Santiago. The event attracted significant interest among Chilean food and wine producers and retailers, and event organizer Mark Janaway says he is optimistic that there will be lots of entries in this first edition of the awards.

The Quality Food and Drink Awards have been running in the UK for forty years and most major British supermarkets and many large and small food and drink producers enter their products into the competition in the hopes of winning a Q Award, which they can then include on their product packaging.

Mark Janaway said that consumers recognize the Q symbol and are more likely to buy a product that displays it. “There can be an immediate uplift of up to 20% in sales for a winning product, so it’s really worthwhile entering the competition”, he explained. “We also give feedback on all entries, which many companies find very valuable in their future product development.”

Those products that win a Chilean Q will open up export opportunities and the chance to be considered by UK and Irish supermarkets for listings, as they all recognize the Q symbol and what it stands for.

Producers and retailers have until 16 September to enter their products into the competition, which includes a very broad range of categories. Judging will take place at Inacap’s modern catering facilities in Santiago during early October. A panel consisting of respected food and drink experts will discuss the merits of each product using the following criteria: taste, flavour, texture, aroma, ingredients list, innovation, packaging, presentation and price point.

The winners will be presented with their awards at a gala dinner in Santiago on 1 December, just in time for the start of the summer season. A number of key Chilean organizations are supporting the awards, including the British-Chilean Chamber of Commerce and Wines of Chile.

More information is available from the website or by email: mark.janaway@chileanqualityfoodawards.com.