Around the world in 80 harvests 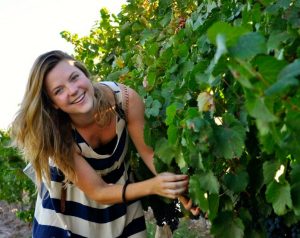 It had just rained when I visited Amanda Barnes at her 20th floor flat in the Recoleta district of Santiago and the lushly forested mountains surrounding the Chilean capital were in sharp, vibrant relief against the storm clouds. Santiago had never looked more beautiful.

Amanda had just finished a gruelling 6-week stint organizing and participating in the tasting panel for the annual Chilean wine guide Descorchados and was already full of plans for her next project. Just months short of her 30th birthday, this British woman really knows how to live life to the full.

After training as a journalist in the UK, Amanda scraped together her savings and got on a plane to Buenos Aires in Argentina. She wanted to explore, find out about wine in a country that produced it and see where life took her. Six years have gone by since then and she has never looked back. From Buenos Aires, she moved to Mendoza and it was there that she really fell in love with wine – every aspect from the grape-growing through production to the marketing of the final product.

Nowadays Amanda alternates between Mendoza and Santiago, visiting wineries in both South American countries, writing for Wines of Chile and for a range of prestigious wine and travel publications around the world. Amanda has built up a good level of knowledge of the wine industries of Chile, Argentina and Uruguay and now has her sights set on the rest of the world, hence her new project: Around the world in 80 harvests.

The sheer scale of this project is breath-taking. Starting with the first harvests in the Southern Hemisphere in January and finishing with the ice harvests in Germany and Canada in late 2017, Amanda plans to visit 80 different wine regions at the time they are harvesting grapes and to capture the harvest experience on video, in photos and in words.

From Mosel to Marlborough, from Bordeaux to Barossa and from Piemonte to Punjab, she will cross the globe, visiting vineyards, talking to people and experiencing the harvest.

As she goes, she plans to produce insightful and inspiring materials for her followers – articles, videos, webinars, an e-book, even a database of information – so that people around the world can experience the harvest with her as she travels.

The logistics are mind-boggling. There are peak periods when many regions are all harvesting at the same time – February to April in the Southern Hemisphere and August to October in the Northern Hemisphere, so Amanda will have to move fast from region to region during those peak periods, while having the luxury to take more time with those areas which harvest later, such as Canada, Germany and the northern United States, which harvest the frozen grapes for Ice Wine between December and March. What is more, harvest dates aren’t fixed anywhere in the world, as they are so weather-dependent. A cooler than normal spring can delay the harvest by as much as three weeks, so what happens then to Amanda’s carefully planned schedule?

“I’ll have to think on my feet and adjust the agenda as I go,” she replies. “That’s part of the beauty of nature – the unexpected, for better or worse!”

And how is she going to pay for it?  “I’m hoping people will be interested in the project and I can crowd fund it. I’m also looking for potential sponsors to help co-finance some of the travel costs – which are not small!”

Today saw the launch of Amanda’s Kickstarter campaign to raise funds to get the project rolling. Her goal is to raise the sum of £20,000 (the same as the original amount in Jules Verne’s book!) within 60 days.  Anyone who likes her project can back it by donating whatever they can afford – any amount from US$1 upwards. Amanda is offering special rewards to her donors including:

What will she take with her?

“I’ll be travelling light,” she says. “Soap, a change of clothes and the essential gear: a laptop, a camera and tripod and a microphone. And a smartphone, of course.”

If her sheer optimism and determination are anything to go by, she just may pull this off and I, for one, look forward to hearing about her experiences along the way. 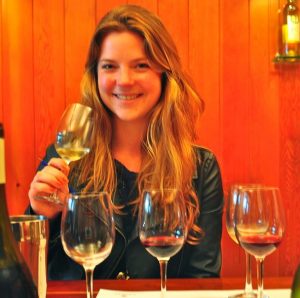 At the end of our interview, I asked Amanda to name three wines she has enjoyed recently.

Tres Palacios Family Vintage Merlot 2013, Cholqui Valley. “A lovely, juicy, fresh Merlot from a winery that has put its trust in the place and the grape.”

“And one of the new experimental orange wines,” she adds, “like the Riesling from Sierras de Bellavista or Bodega Re’s Velado Single Vineyard Pinot Noir, Casablanca, Chile 2009.”

For more information about Amanda, check out her website, magazine or details of her Kickstarter project.

More interviews with people from the world of wine: