Tasting led by winemaker Cristóbal Undurraga at Vinoteca in August 2015. These are biodynamic wines.

New, not yet available for sale. A light and refreshing dry wine, perfect for a hot summer’s day.

Pleasant, easy-drinking Carménère with upfront spices, such as cloves, followed by a touch of green pepper.  Medium + tannins.  Smooth enough to drink on its own, but would pair well with any red meat.

Contains 10% Cabernet Franc. Another versatile and easy-drinking red. Plenty of black and red fruit, followed by the spices. Medium body, tannins and finish.

Another very pleasant wine, a little more intense with interesting notes of meat and gunpowder.

Contains 8% Malbec, 5% Petit Verdot. This Carménère packs a punch; black pepper, cassis, cacao and a touch of the farmyard and slight minerality in the nose. Nice ripe tannins, spice, delectable acidity, lovely mouthfeel with just that touch of ashtray.

What a wine! The first thing that hits you is that perfume coming right out of the glass!  Intense, sweet and hard to define. I asked Cristóbal and he suggested mandarins and violets.  I would add cherry pie with cacao and a touch of liquorice and blueberry. Just smelling this wine is like a feast in itself. In the mouth, smooth, rounded with big smooth tannins, lots of body and fruit and a slightly bitter cacao note, long in the finish.

Quite a different beast.  Intense and powerful with cassis, cherries, cinnamon and that bitter cacao note again.  Delightful wine but pales beside the 2010 vintage.

Interesting and delightfully refreshing; an affordable sparkling wine made using the in-bottle fermentation method. Nice salinity thanks to the coastal origin of the grapes. 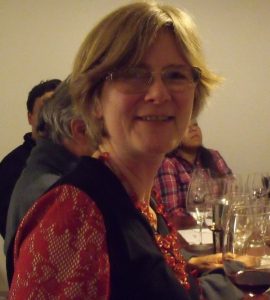 Nice, chewy Sauvignon Blanc with crisp, apple and chilli acidity and a saline note just begging for some seafood.

93% Carménère, 7% Cabernet Sauvignon. Upfront vanilla and cinnamon followed by red fruit and blackcurrants with a slight hint of yogurt. Very elegant, ripe tannins, good acidity, creamy with a touch of ashtray in the mouth. This would go beautifully with a juicy steak and peppers.

Black fruit, blackberries and blackcurrants are followed by vanilla. Smooth is the word for this wine; smooth entry, smooth tannins, pleasing acidity with a nice, smooth finish with a touch of spice. Very drinkable.

This is a lean, elegant and powerful Cabernet Sauvignon with notes of fennel and liquorice in amongst the fruit. High acidity, nicely balanced body, good length. Would work well with a highly flavoured meat dish, such as lamb or game.

60% Cabernet Sauvignon, 18% Carménère, 12% Syrah, 10% Malbec, from different wine regions. Raspberries, blueberries and currants combine with liquorice and cinnamon in an elegant and smooth fruity wine with firm tannins and high acidity.  Cries out for a rich lamb dish.

Inky Carménère with an expressive nose featuring plums, blackcurrants, black pepper, chilli and liquorice. Smooth and well-rounded with elegant tannins, a vegetal touch and a hint of ashtray. This wine will hold its own with spicy dishes, as well as a well-seasoned red meat dish.

Emiliana tasting at the winery, part of the tour

Vigno: the renaissance of Chilean Carignan

The story begins in 1939, when central Chile was hit by an earthquake measuring 8.3 on the Richter scale. Thousands of people died and many livelihoods were lost, including those involved in the local wine industry. As part of its plan to help farmers get back on their feet following this disaster, the Ministry of Agriculture brought some French Carignan cuttings to Chile, with the idea of blending Carignan with Chile’s traditional wine grape, País, to produce red wines with greater colour, body and freshness. Farmers planted these vines in the traditional way, in blocks of free-standing bushes (gobelet-style) and they did not water them.

The years passed, viticulture moved on to favour neat lines of wire-trained international varieties like Cabernet Sauvignon and Merlot and winemakers turned their backs on these rustically grown and seemingly uncommercial varieties. Then, in the 1990s, a handful of winemakers began to experiment with wines made from these old, dry-farmed Carignan grapes with outstanding results.

It turns out that the granitic, quartz-rich soils in the Maule region are ideal for Carignan, which also thrives on the climatic conditions. The winter rain gives the plants all the water they need. In the summer, the days are hot and the bush formation means that the leaves shade the grapes from the searing sun. The nights are cool and this slows down the ripening process, ensuring even greater concentration in the grapes.

All of these conditions result in low yields of concentrated red grapes which make exciting, medium to full-bodied and fruity wines with good acidity

Recognizing the potential of this very special wine, a group of wineries joined forces to develop an interesting wine marketing strategy. The name they came up with was “Vigno”, based on the Spanish word for wine (vino) with the “g” from Carignan inserted in the middle. Vigno is at the same time an association of wineries, a brand and a self-styled AOC.

To be able to label a bottle of wine “Vigno”, at least 65% of the blend must be from dry-farmed, bush-trained Carignan vines which are at least 30 years old and located in the Maule region. The other 35% can be any other variety of grape grown in Maule, so long as the Carignan character is not lost. The wines must be aged for at least 2 years prior to release.

These are mostly robust, acidic and fruity wines which pair well with strongly flavoured dishes featuring red meat and tomatoes. Try it with tomato-based dishes, like spaghetti Bolognese or sausage and tomato casserole or check out my recipe for Carne Mechada.

You know those dishes so ingrained into local culinary culture that everyone will swear that their own recipe is the right one, such as paella in Spain or pumpkin pie in the States? Well, here in Chile, one such dish is Carne Mechada, a piece of stewing beef stuffed with vegetables and slowly braised in liquid until it almost melts in your mouth. We’re talking serious comfort food.

Well, this is the way I make it.

1 kilo of beef (any braising cut)

Half a red pepper, diced

2 kilos of tomatoes, skinned and chopped.

Lots of fresh Mediterranean herbs, whatever you have to hand.

Salt and pepper to taste.

Carne mechada is even better one or two days after it is cooked.

This dish pairs beautifully with any characterful, fruity Chilean red wine, especially ones with medium to high acidity, like Carignan. You could try Indomita Gran Reserva Carignan 2013. For more information about Chilean Carignan, check out my article Vigno: the renaissance of Chilean Carignan.

Casas del Bosque is well set up for tourism. There is a restaurant, shop, two outdoor seating areas, one of them a bar area beside the vines. There are bicycles available, or you can just do a tasting or go for a picnic.  They clearly work at coming up with seasonal attractions, for instance you can pick grapes at harvest time. I was there during the Copa América football championship and they had organized events on that theme.

I didn’t try the restaurant, but it was busy on a weekday in winter, which is a pretty good indicator.

We had an efficient guide and the group was just enough with around 12 people.

Clear, light, almost translucent. Fruity nose dominated by grapefruit, maracuya, apple and a touch of green chilli pepper with a floral hint. Good acidity in the mouth, citrus but not like sucking a sour lemon, well-rounded, with good body and relatively long in the finish.

This tasting was part of the premium tour at the winery in June 2015.